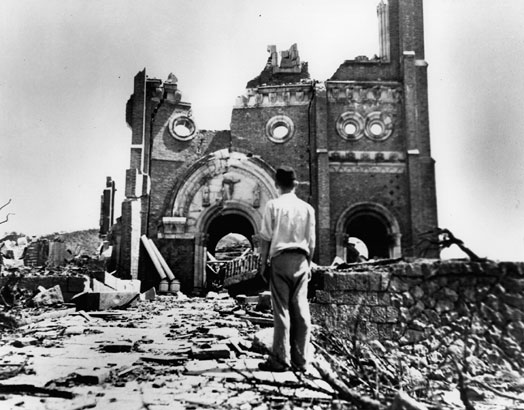 The Plea will call for an end to war and nuclear weapons, and for justice to end hatred and white supremacy. There will be a social distanced but visible opening vigil with pictorials of the aftermath of the bombings of Hiroshima and Nagasaki, an actual nuclear warhead casing, banners and posters which will be available to all.

There will be a “gathering” with readings and ringing of a bell of peace 75 times in support of the UN Nuclear Ban Treaty. Incense will be lit atop the actual nuclear warhead casing in memory of all victims of war, racism, and nuclear weapons.