Action to Cease the Criminalization of Black Resistance

We Want Freedom for Black Philly 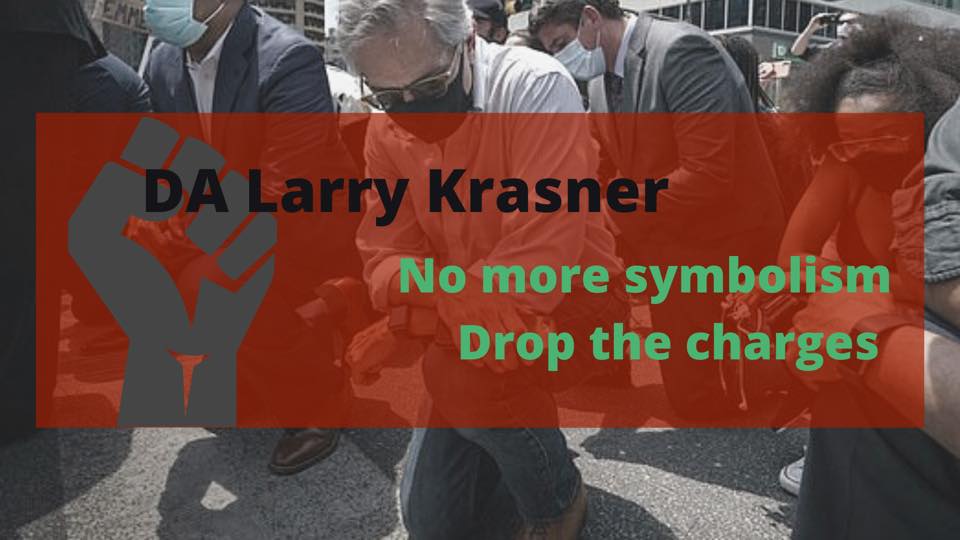 Philadelphia’s Black community has struggled against police violence for decades. On May 30, 2020, community members rose up against the police using various forms of protest. The city issued hundreds of citations and some people were charged with serious misdemeanors and felonies surrounding their protest activities. This week, the city stated that they were dropping all citations that were issued from May 30th to June 30th . This is not enough. We demand that District Attorney Larry Krasner immediately drop all charges associated with protesting. We will not allow Black Philadelphians to be targeted for fighting against the white supremacist state violence that has plagued this city for so long.

Now is the time for our supposedly progressive District Attorney to demonstrate his commitment to freedom for Black Philadelphians by dropping all charges against the people fighting for Black liberation. Community members are facing charges ranging from burglary to property destruction. We assert that this system only responds to radical action and we stand with Black people who were brave enough to engage in these activities. Bottom line. All protest is legitimate.

On Monday July 13th the Black Philly Radical Collective is taking to the streets to demand Larry Krasner immediately stop the criminalization of Black resistance. We will meet in front of the District Attorney’s office located at 3 South Penn Square at 4:30pm. Join us.