All Out for Abortion Rights! 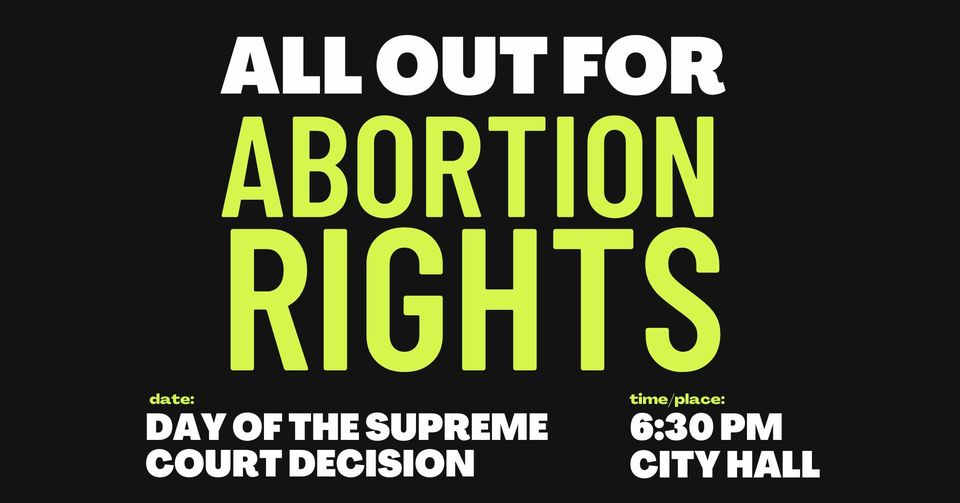 Roe v. Wade has been overturned, making abortion illegal in many states. The right wing is on the offensive and only a mass movement from below has the power to halt this all-out attack on women and LGBTQ people. We need to protest, walkout, occupy, and strike to send the message to the courts, the right wing, and both major parties that we won’t tolerate these attacks any longer!

The Democrats have let this attack happen under their noses and have nothing to offer except hot takes on Twitter and half-assed symbolic votes. We need to fight even if they aren’t willing to! After all, it’s our bodies and rights on the line, not theirs.

Come to City Hall at 6:30pm TONIGHT to join the front lines of this fight. It’ll be women, LGBTQ people, young people and workers who need to fight this attack, NOT the courts, politicians or lawyers.

If you’re interested in building for this action in your union, workplace or school dm us!