[TIME CHANGE] Defund the Police: The Whole System is Guilty! 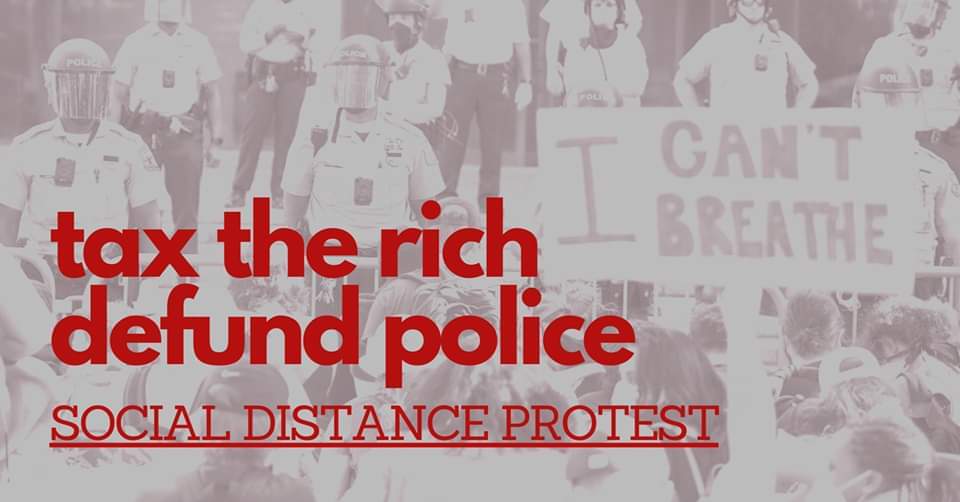 Join us to demand that our city leadership reprioritize! Put city services for Black, brown, and working class communities above funding for the racist, corrupt, highly militarized Philadelphia police department!

This protest will attempt to follow social distancing measures at all times. Please wear a mask while protesting and remain at least 6 feet away from anyone you do not live with.

Location and other events will be published as the date gets closer.

Mayor Kenney’s budget proposal drastically cuts or eliminates nearly all city services, while giving the already massively-funded police department a $19 million raise. City Council budget hearings are occurring against the backdrop of the murder of George Floyd in Minneapolis and increasingly violent police responses to protests around the country.

Recent protests are an expression of anger reaching a boiling point in response to continued police violence against Black people, without any meaningful efforts toward accountability. In Philadelphia, the poorest major city in the U.S., communities of color suffer disparities in income, quality of life, experiences of violence, and public health, including being more likely to contract and die from COVID-19.

Philadelphia does not need more police; we need accessible public health centers, job and housing assistance, libraries, arts programs, and other necessary and life-affirming services that this budget would cut. We need our city workers to keep their jobs and the ability to provide these valuable services.

We demand that this budget be revised and that these services be funded by removing millions from the police budget and by taking the necessary steps to tax the most wealthy corporations and individuals in our city. It is past time to institute PILOTS, end the property tax abatement, and enact other progressive taxation measures to force wealthy institutions to pay their fair share.