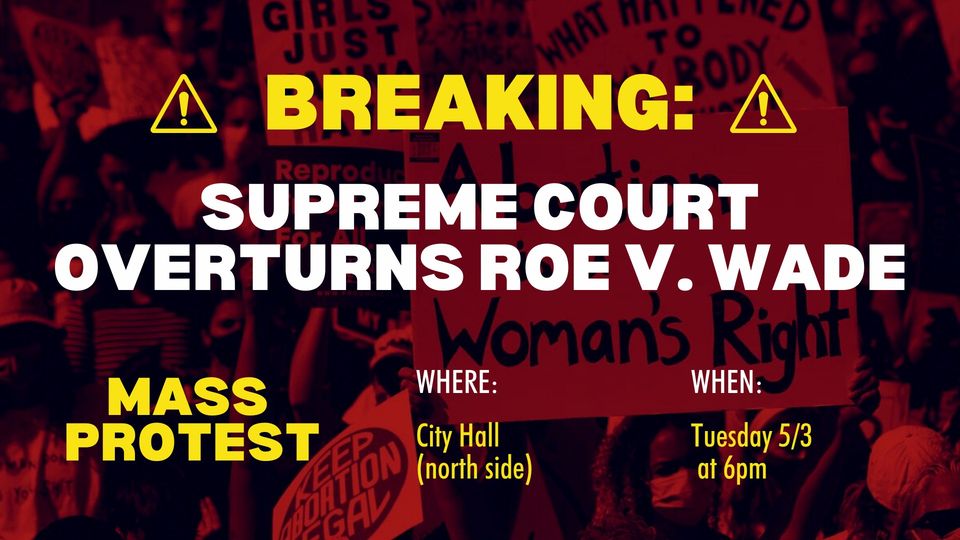 In a leaked draft decision, the right-wing dominated court is poised to completely overturn Roe v Wade, meaning that abortion will be banned in 22 states, essentially overnight. The anti-abortion extremists want to roll back the clock on women’s rights and deny bodily autonomy to literally millions living in states with existing abortion bans. The nightmare of the reversal of Roe v Wade is upon us, and Biden and the Democrats have completely failed to protect abortion rights. Every women’s organization, socialist organization, and left-wing organization needs to immediately mobilize to stop the right wing’s anti-woman agenda.

It took a mass movement to win Roe, and it’ll take a mass movement to defend it! We need emergency coordinated protests THIS WEEK in every major city and town to kick off a sustained nationwide movement. Beyond protests, we will need mass meetings to plan next steps for the movement including direct action and even strikes.

Join us tomorrow at 6pm at Philly City Hall (north side)!