Hold Him (Trump) to the Truth – Vigil at WPVI-TV 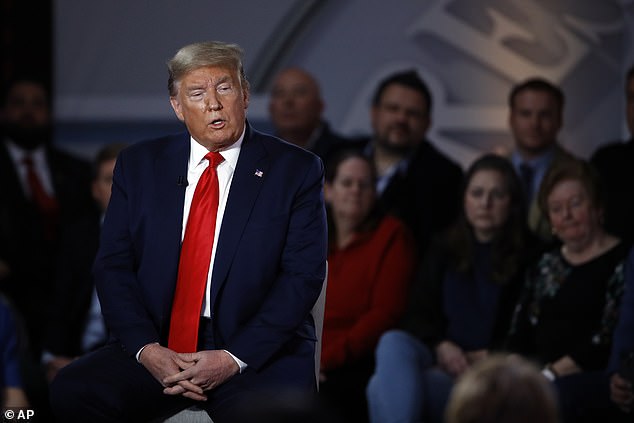 Be at the “HOLD HIM [TRUMP] TO THE TRUTH” Vigil, Noon, Tuesday, September 15 at WPVI-TV, 4100 City Line Avenue (City Line and Monument Avenues) .

President Donald J. Trump plans to come to Philly on Tuesday, October 15 for an hour long town hall meeting with undecided voters beginning at 9 p.m. The site of the Town Hall meeting is as yet undisclosed.

The Town Hall meeting is being televised by ABC News and its local affiliate, WPVI-TV, and will be moderated by George Stephanopoulos.

Our appeal is that ABC News/WPVI-Channel 6 and George Stephanopoulos be vigilant in holding Donald Trump to the truth, with fact-checking always at the ready during the Town Hall meeting in Philadelphia.

Had Enough of Trump and his vicious lies, and the lives they’ve cost?

Join us at noon for the “HOLD HIM [TRUMP] TO THE TRUTH” Vigil on Tuesday, September 15 at WPVI-TV, 4100 City Line Avenue, at the intersection of City Line & Monument Avenues, in Philadelphia, PA.

Mask-wearing is mandatory and six feet social distancing will be observed.