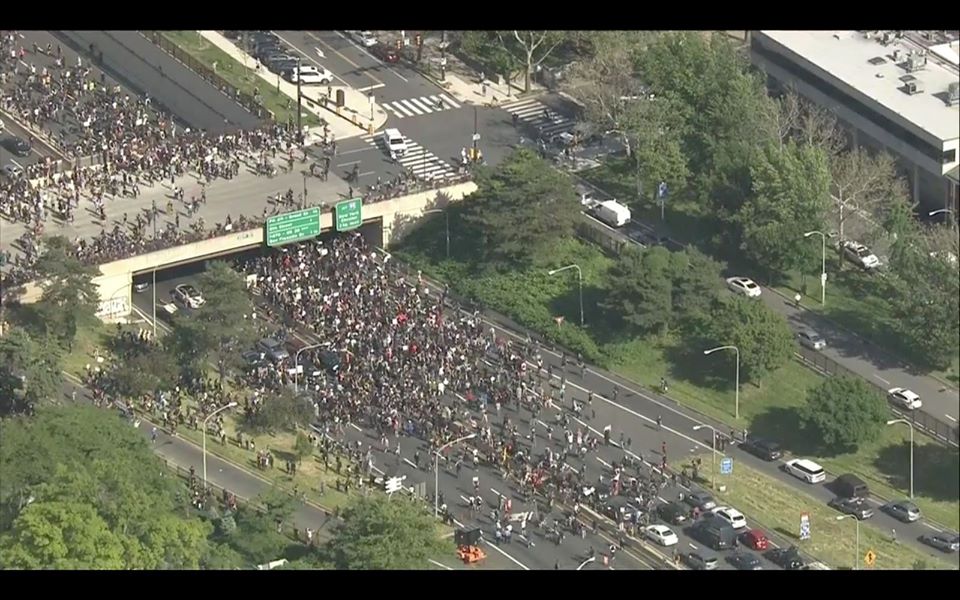 The murder of George Floyd has ignited the country and huge numbers of people in towns and cities everywhere are rising up to say no more to racist police violence! Join us for a march from the Art Museum to City Hall to demand true justice for George Floyd and all victims of racist police and vigilante violence. It is time to stand together, raise our voices, and show the power of the people to make real change!

We are sickened by the brutal repression of protesters that took place on June 1. Peaceful demonstrators were attacked without warning with tear gas and rubber bullets.