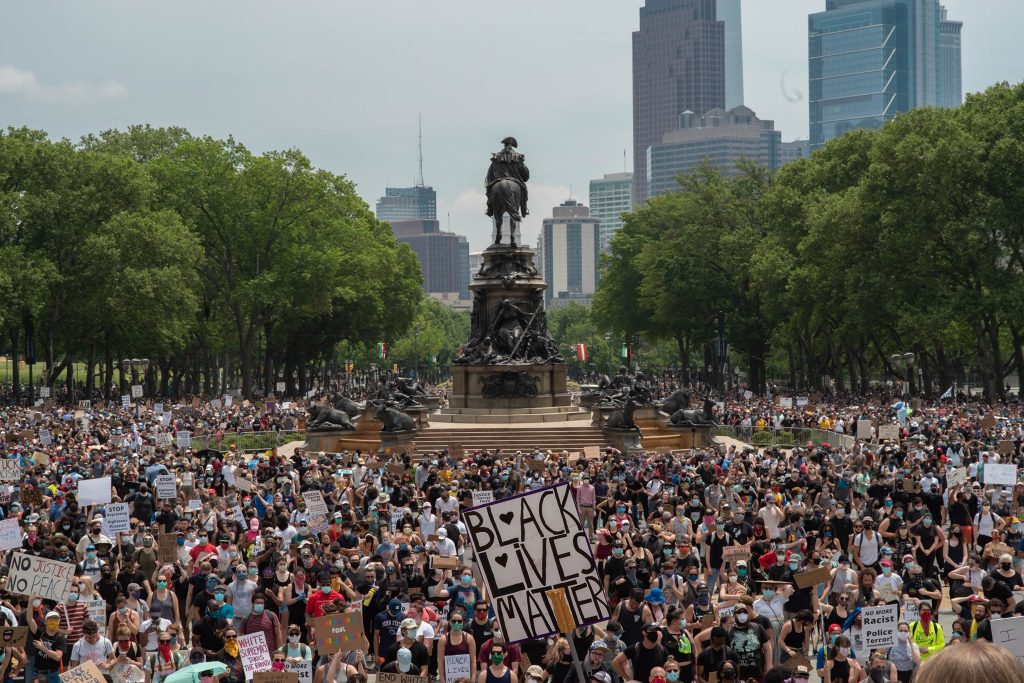 We are outraged that police officers have stood idly by while armed, racist vigilantes assaulted, threatened and sexually harassed anti-racist protesters demanding that the statue of genocidal slave trader Christopher Columbus be removed from Marconi Plaza. The PPD is fully complicit in this violence. The racist mobs and the cops are working hand in hand to repress the movement for Black lives. But we will not let them succeed!

These vigilantes do not represent South Philly, no matter what they say. Black, Indigenous, Latino, Asian and white; immigrants and US-born — we stand united against racism! Join us to show that South Philly and the entire city rejects the vigilantes, and the police department’s decision to facilitate their violence.

This action is being organized in solidarity with the march on the same day starting in West Philly to demand the defunding of the PPD and redirecting those resources towards meeting people’s needs. As the city’s budget for the next year approaches it’s final approval, these actions are more important than ever.

Amid the devastating Coronavirus health and economic crisis, Mayor Jim Kenney and Managing Director Brian Abernathy proposed a $19 million increase to the police budget while slashing essential services like public health, homeless services, and libraries. Even worse, after the uprising demanding racial justice and ending police brutality after the murders of George Floyd, Breonna Taylor and Tony McDade, Council dared to pass a shameful budget at 11 p.m. that neither defunded the police nor invested in our communities as the people of Philadelphia demand.