Open-Air Meeting on Driving Out the Fascist Regime: Why Now? 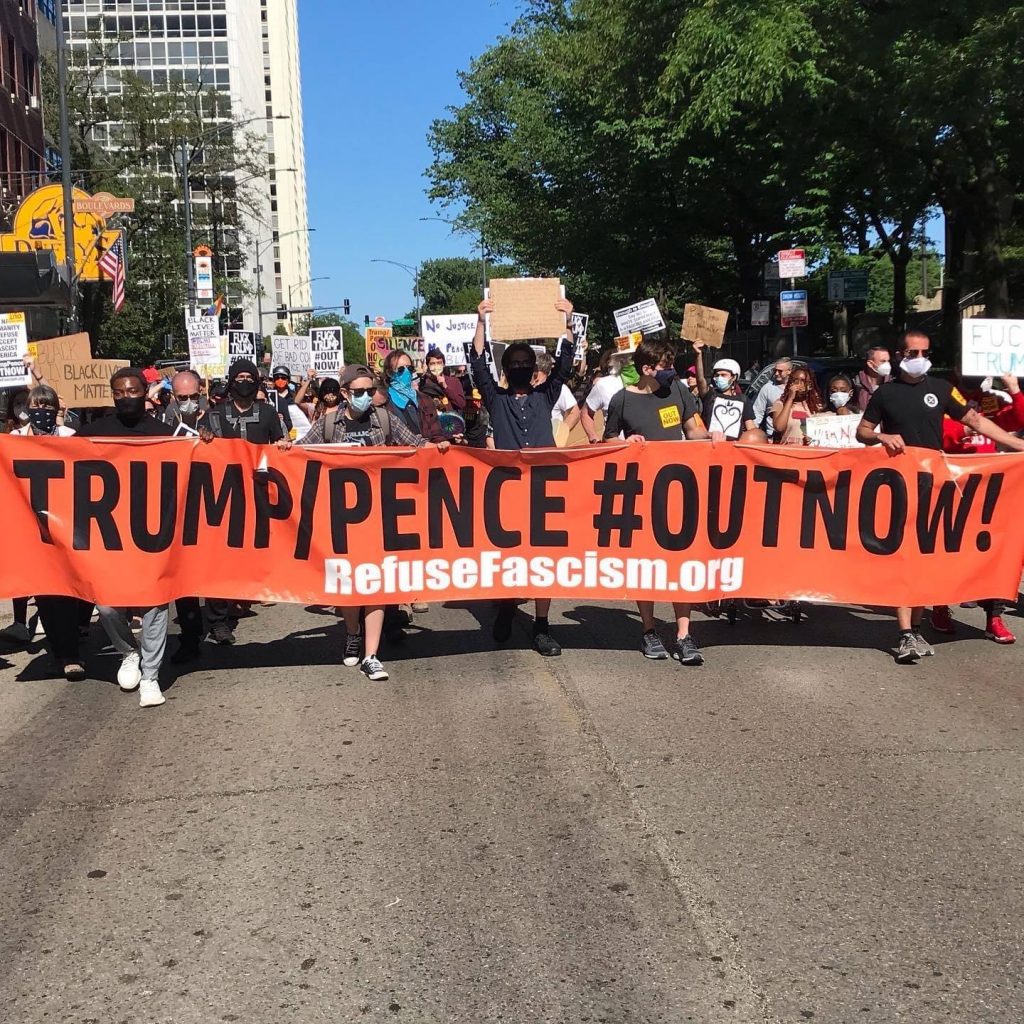 Join the Philly chapter of Refuse Fascism for an open-air, socially distanced open meeting to discuss this historic moment we’re living through, what is to be done, to help shape and get involved in Refuse Fascism’s plans.

America is at a serious crossroads. A fierce struggle for the future is underway. Trump is campaigning on openly celebrating and defending the Confederacy, with a clear message that he will unleash the violence of the police and military and his heavily armed MAGA shock troops against the movement for Black Lives. This isn’t an election campaign, this is a campaign for the consolidation of fascism. They will not accept a loss at the polls as legitimate.

What we’ve seen with concentration camps on the border, the blood of tens of thousands of Covid-19 deaths on the hands of this regime, the stripping of rights from women and from LGBTQ people, the reassertion of virulent white supremacy, and so much more in the last 4 years is just the beginning.

Should we fail to take to the streets and stay to win, do not for a second think that the fascist agenda of the Trump/Pence regime could not become the law of the land. But the last four weeks of sustained protest has also shown us that another future is possible – if the demand that Trump and Pence must go now becomes a part of the great rising in the streets against police murder of Black people. Without going all the way to driving out the Trump/Pence regime, the movement for Black lives and every struggle for justice will be crushed.

The upsurge of struggle for Black Lives matters a great deal. It must continue to broaden and deepen its determination to win, which includes acting on the recognition that an avowed white supremacist regime poses a mortal threat to Black people and must be driven from power. Refuse Fascism, since its founding has recognized and struggled for the understanding that at the core of the fascist regime is white supremacy. Along with hatred of immigrants and women and differently gendered people, these form a triad of the fascist program that must be opposed.

This nightmare must end.
The Trump/Pence regime must go.
TRUMP/PENCE OUT NOW!