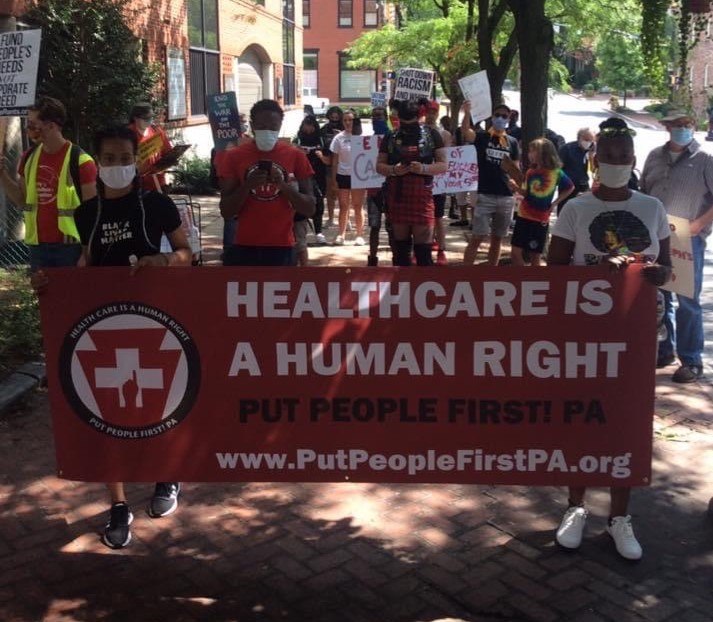 We have to stay in the streets!

We will end just down the street at the former Hahnemann Hospital that also sits empty. However in this case owner Joel Freedman is preparing to sell the building to a real estate developer to create high end condos. Mayor Kenney, Health Commissioner Thomas Farley and Governor Wolf have abdicated their responsibility – in the middle of a pandemic and global economic crisis – to re-open closed hospitals like Hahnemann and bring them under public control.

For more on these and other statewide demands see: www.putpeoplefirstpa.org/coronavirus

Masks are a necessity for marching and we will be following strict safety and social distancing protocols.