Portland, Chicago: Not There, Not Here, Not Anywhere: TRUMP’S TROOPS OUT! 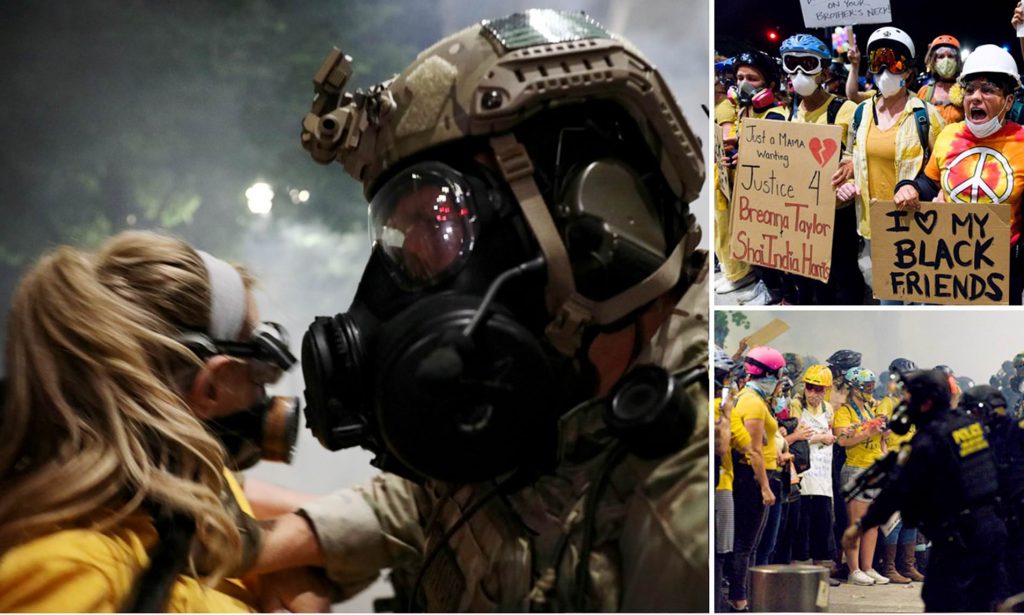 Trump is dispatching and threatening to dispatch “troops” to Democratic-run cities across the country. So people are invited to participate in Saturday’s demonstration in Horsham and to stand with Mayor Ted Wheeler, a Democrat, of Portland, who was among peaceful protesters tear-gassed Wednesday evening in Oregon’s largest city. After yelling “Black Lives Matter”, Wheeler greeted the crowd saying “I want to thank the thousands of you who have come out to oppose the Trump administration’s occupation of this city. In response to Trump’s threats to send troops to Chicago, its Mayor, Lori Lightfoot (D) said: Mr. President or not—I don’t care one bit what your name is. I will not allow troops in Chicago, and I will do everything in my power to stop you.”

Trump has a whole list of cities with Democratic mayors that are on his threat list. In Philadelphia, Mayor Jim Kenney and District Attorney Larry Krassner had equally strong responses to Trump’s threat to send troops to Philly. More here at Democracy Now.

Masks for participants are mandatory.
Social distancing and nonviolence will be practiced.
We’re asking people to bring a folding chair
and to sit in order to help with social distancing.

Bring sunscreen and water. As usual, banners and posters provided.