Black Lives Matter, the Move Organization and others 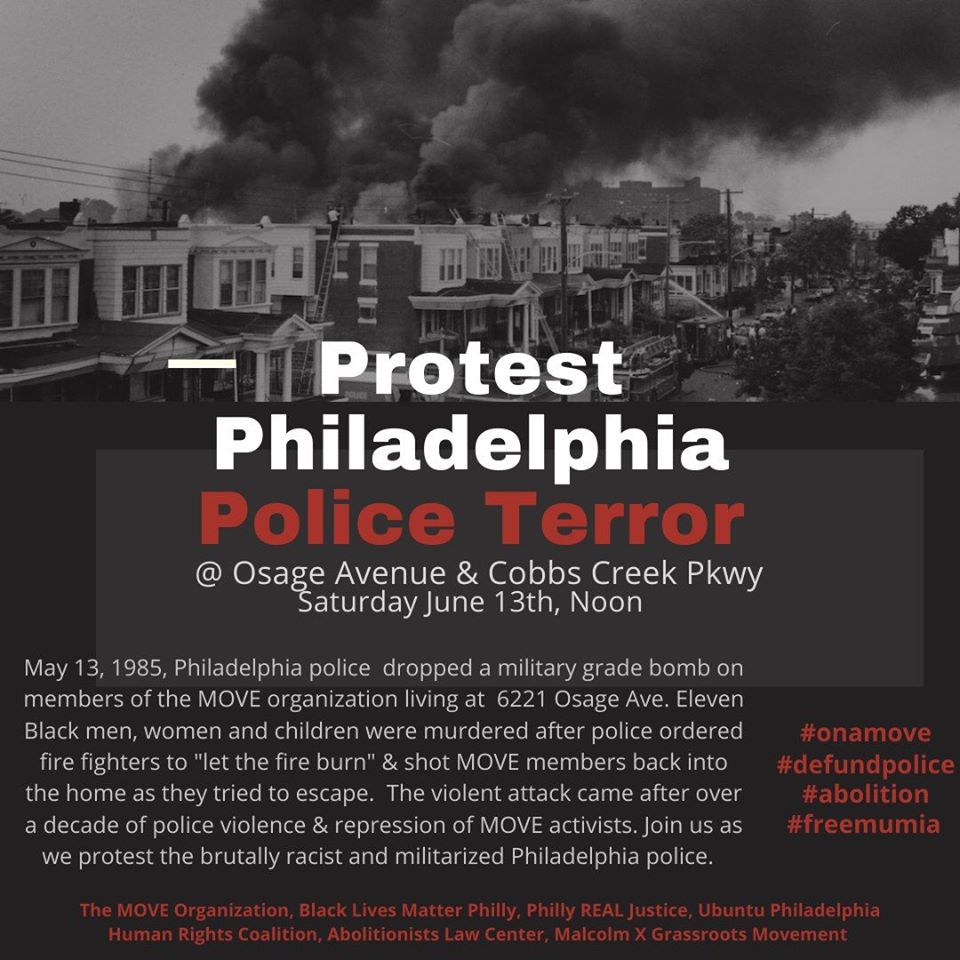 The ultimate act of police terror in Philadelphia was the bombing of MOVE on Osage Ave on May 13th, 1985.

Join us at the site of the MOVE bombing as we remember the MOVE victims and protest the brutally racist and militarized Philadelphia police force while also standing in solidarity with George Floyd, Breonna Taylor, Ahmaud Arbery and the countless other Black people murdered by the state in recent years and in centuries prior.

On May 13, 1985, Philadelphia police dropped a military grade bomb on members of the MOVE organization living at 6221 Osage Ave. Eleven Black men, women and children were murdered after police ordered fire fighters to “let the fire burn” & shot MOVE members back into the home as they tried to escape. The violent attack came after over a decade of police violence & repression of MOVE activists, including the MOVE 9 who were political prisoners for 40 years. A Black neighborhood was destroyed in the process.

This action will start at the site of this horrific act of Philadelphia police terrorism at Osage Avenue and Cobbs Creek Parkway.