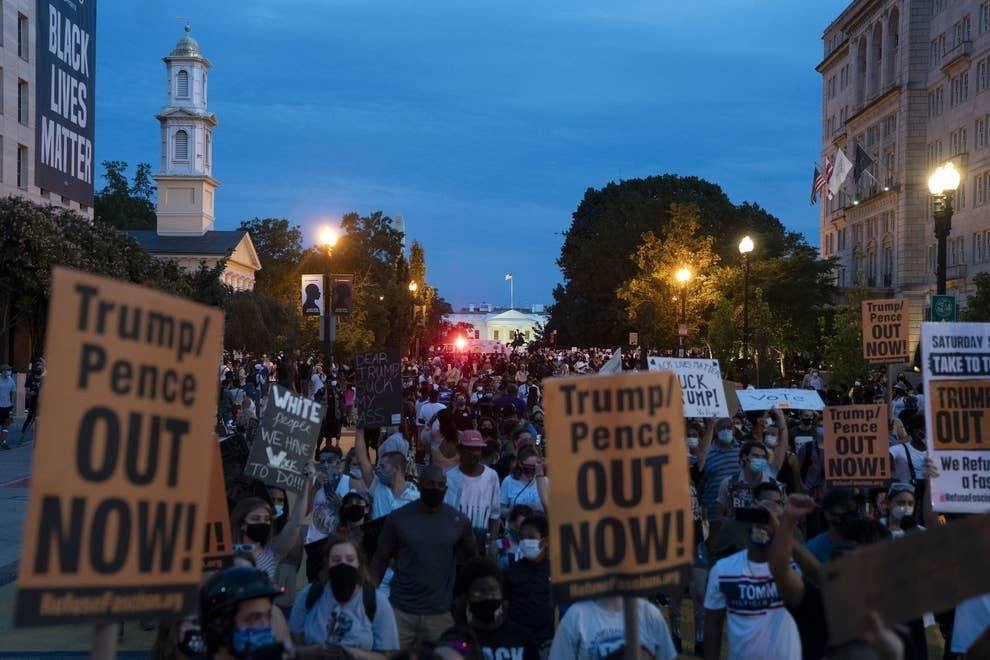 The Fascist-in-Chief, running a campaign glorifying the confederacy and the klan, theocratic “family values” and manifest destiny is coming to Philadelphia on September 15 for a town hall hosted by ABC News. Our power is in the street and everyone who can should hit the streets demanding “Trump/Pence Out Now!” or find a way to actively support those who are. It’s up to all of us.

Trump’s event will start at 9 at the Constitution Center. At 7, we will gather to commemorate those murdered by white supremacists emboldened by this regime in El Paso, Pittsburgh and beyond, alongside the heroes murdered while standing up for justice at the hands of Trumps thugs. At 8, the protest begins, boldly and loudly raising the demand: Trump/Pence Out Now alongside every demand for meaningful justice, every struggle that this regime stands directly in the way of.

This can’t be a one-time event, this should be part of growing protests nationwide to drive this regime out before its too late.

We are at a “stop everything” moment in history.

The Trump/Pence regime is on a trajectory to consolidate fascist rule and hammer in a nightmare for humanity.
If every attempt by the regime to subvert the election, to repress protest, to implement new fascist measures is met with growing numbers demanding Trump/Pence OUT NOW! we could force a different political equation going into November, constraining Trump’s ability to easily postpone or subvert the election.

If masses of people are already in the streets during these 60 days, and the regime attempts to challenge or dismiss the results, we would be a people organized and mobilized to act in defiance that this not go down. And, if we increasingly tap into and mobilize the deeply held desire of millions to see the ouster of the fascist Trump/Pence regime, no one can say how far this can go or how fast.

Will it be said, when facing an American fascism in the most powerful country in history, that people here could not put aside their differences to stop a great horror? Or will history tell that people rose, as many acting together, and stopped a great horror?