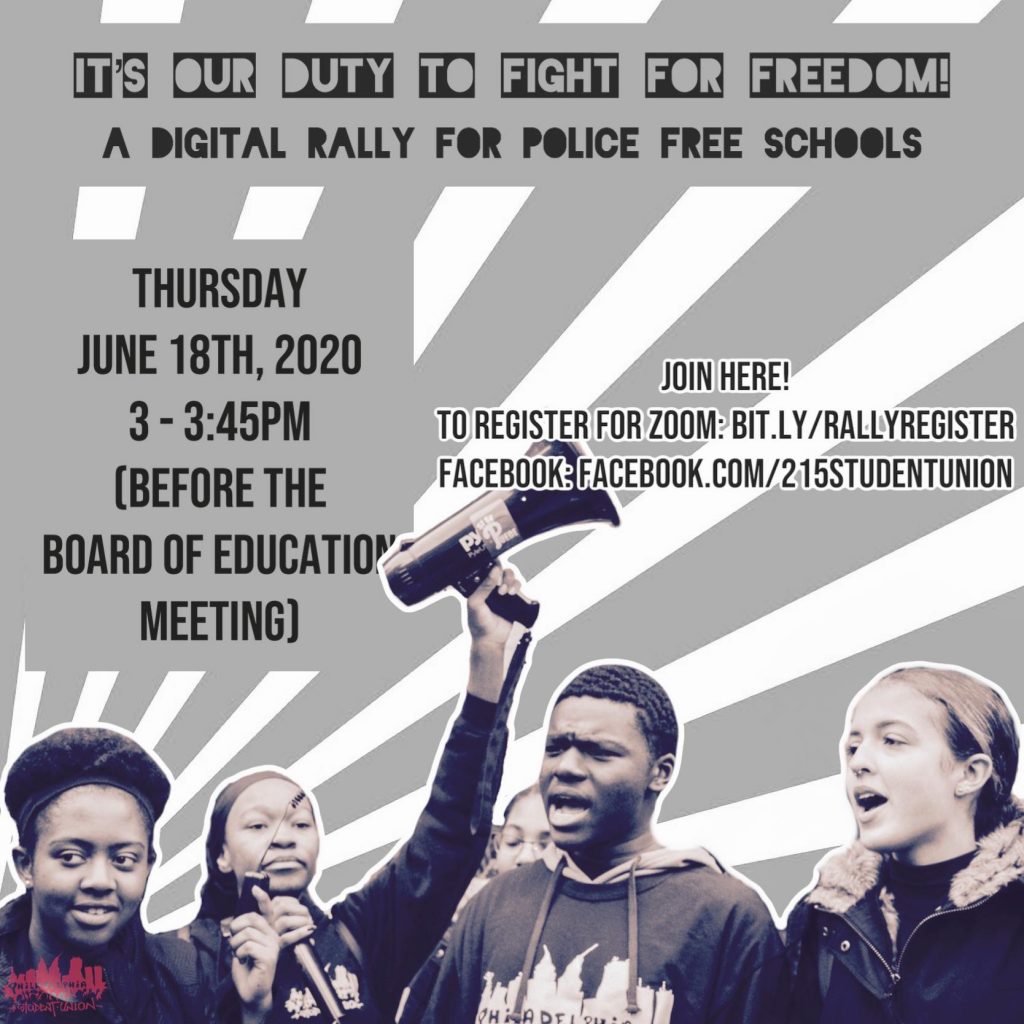 **Please join us as we build power around our police free schools campaign. Speakers will speak to the need for this important shift then transition us into testifying at the Board of Education meeting at 4pm.**

**Due to high interest we ask you to register to enter the zoom meeting here: https://bit.ly/rallyregister. Spaces are limited but we will also live stream to Facebook**

The anger and frustration in the streets of Philadelphia and across the country are not just because of what happened to George Floyd, Breonna Taylor or Ahmaud Arbery. People are angry because, for years upon years, black people were being murdered by police. They are frustrated because, for years upon years, calls for justice were ignored. People are tired of being ignored. They are tired of being terrorized in their communities. And the energy we are feeling now can not end here. We have gone through too much for this issue to go back into the closet.

Therefore, the Philadelphia Student Union calls on Superintendent William Hite and the School District of Philadelphia’s Board of Education to commit to police free schools.

We are calling on the District to:

We believe it’s time this country addressed the role of police in maintaining white supremacy and control in communities.

We believe that young people have to be their own leaders. They have been let down by too many elected officials, including the President. It is up to every young person to contribute their voice, energy, and talents to solving society’s worst problems.

We believe that young people should not be discouraged – this is not the end of the world but the start of a new one.