Rally for Our America 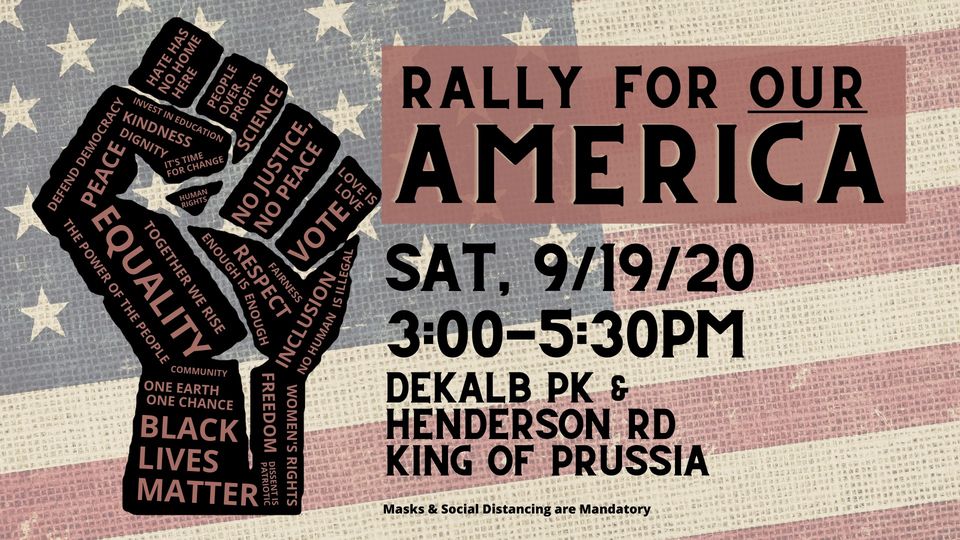 “True patriotism springs from a belief in the dignity of the individual, freedom and equality not only for Americans but for all people on earth, universal brotherhood and good will, and a constant and earnest striving toward the principles and ideals on which this country was founded.” -Eleanor Roosevelt

Join the MOVEMENT and stand with us, as we RALLY for OUR AMERICA!!!

Bring your voice & your signs!

The rally will be on the side walks of 202 (DeKalb Pike) & Henderson Road in King of Prussia. This is a peaceful event.

Wear your mask (and social distance at the event.)