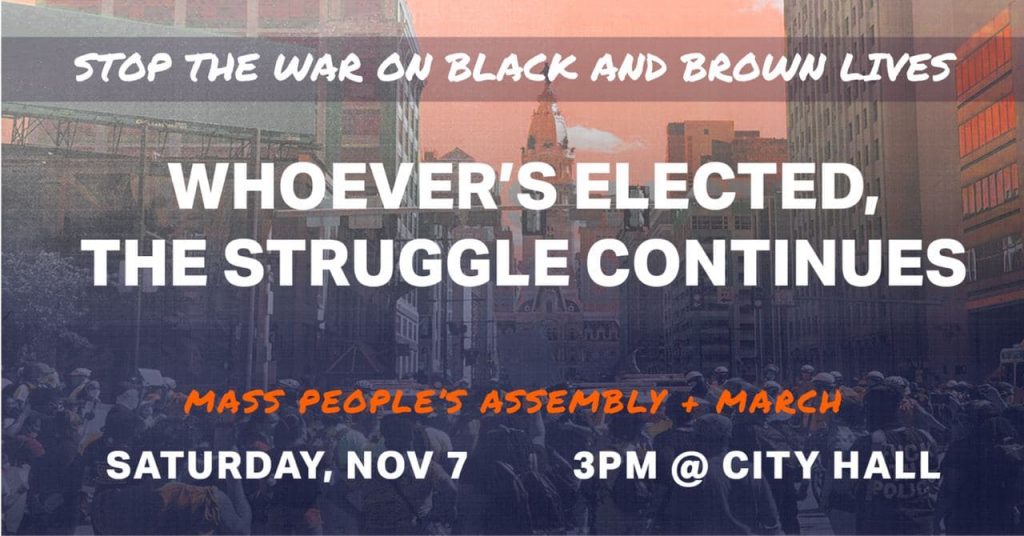 No matter who wins the election, we must keep the struggle in the streets and demand accountability!

End the repression of activists! Free Ant Smith, free them all!

The outrageous Philadelphia Police murder of Walter Wallace Jr. reminds us, no matter who wins the 2020 U.S. Presidential election, we must continue organizing to stop:

The newly formed Philly United Front calls for a mass people’s assembly to gather on Saturday, November 7th at 3pm at the west side of City Hall as a space for communities facing these issues to build our collective power. After the rally, we will march and make our voices heard to stop the injustices.

No Democratic Party politician can end these crises. Only through mass mobilizations and direct action can we defend our communities, our rights and our futures.