Tell Kenney and Clarke to #DefundThePolice by $120 Million (ONLINE) 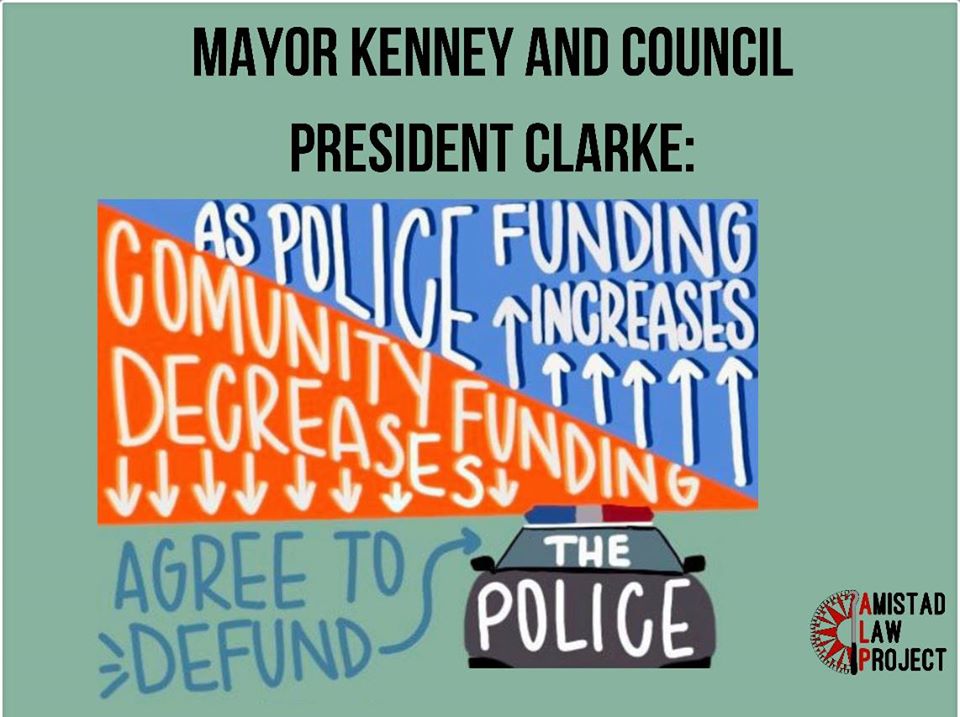 Admin note: We’re mostly publishing in-person events on this platform but this one’s too important skip. This is how we convert protest into policy.

We are entering the last week that the budget can be amended. Tens of thousands signed the petition to defund the police, over a thousand people submitted written testimony to Philadelphia City Council on the budget and the Mayor has been receiving thousands of calls and emails.

Our efforts are working. Because you raised your voice Mayor Kenney and City Council agreed to walk back a $19 million proposed increase for the Philadelphia Police budget. But stopping an increase is not enough. If other city departments are facing a 15% cut the police can too- and that money can go to fund our libraries, our schools and community-centered anti-violence programs.

> If you don’t have a twitter account e-mail darrell.clarke@phila.gov and james.kenney@phila.gov and tell them to #DefundThePolice of 120 million in order to #FundOurCommunities.

Together we can get this done. Raise your voice today with thousands of others so we can get our communities what they need.